Wildlife Research in Borneo, at the Danau Girang Field Center

Danau Girang is a collaborative research and truing facility managed by Sabah Wildlife Department and Cardiff University. Their purpose is to further scientific research with the aim of contributing to long-term conservation projects in Malaysia, and develop a better understanding of our environment and the living things we share it with. As a research centre for the applied conservation of tropical ecosystems, they use world class facilities and cutting-edge technology tools for the effective management of wildlife in a fragmented landscape. The centre provides facilities for field courses from overseas and within the Asia-Pacific region, including Malaysia.

The centre is surrounded by a mixture of lowland dipterocarp forest types, ranging from primary forest to disturbed secondary forest, in a matrix landscape with significant human impact including villages, small scale agriculture and oil palm plantations. Species present in the sanctuary include: ten species of primates (eg. orangutan, proboscis monkey, Bornean gibbon, slow loris); the Bornean elephant, carnivores such as the clouded leopard, other cat and civet species, the sun bear and binturong. All eight species of hornbill found in Borneo can be observed there; and over 300 other bird species including the rare storm’s stork and the endangered Oriental darter. Herpetofauna are also abundant including salt water crocodile, monitor lizard, freshwater terrapin, reticulated python, king cobra and many others.

The invertebrate and plant diversity in the sanctuary is also very high. In addition to forrest habitat, other relevant features include the world famous Gomanton cave system, which is an example of the limestone karst system, where edible nest swiftlets and bat roosts can be studied.

All animals being tracked for research projects conducted at Danau Girang are being microchipped with TROVAN ID-100B transponders and the transponders are read using a GR-250 reader to ensure detection even in adverse conditions. 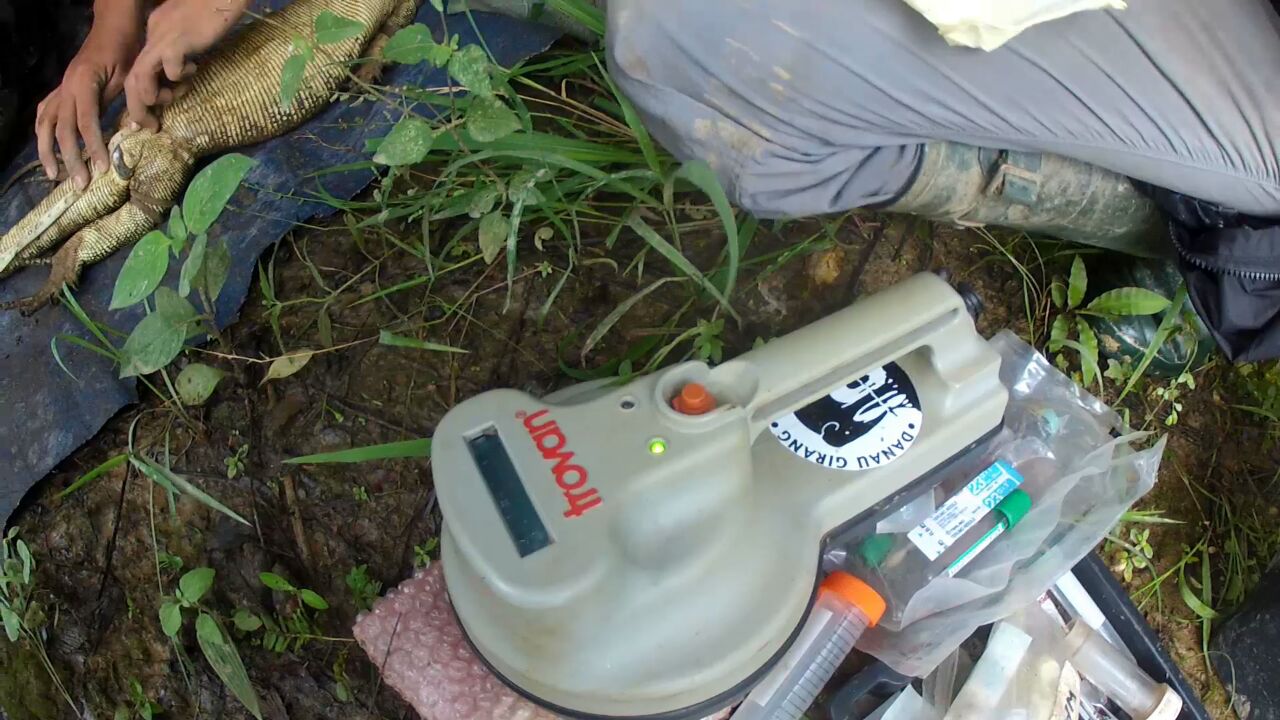 ABOVE: A GR-250 reader is used to scan recaptured wildlife animals. 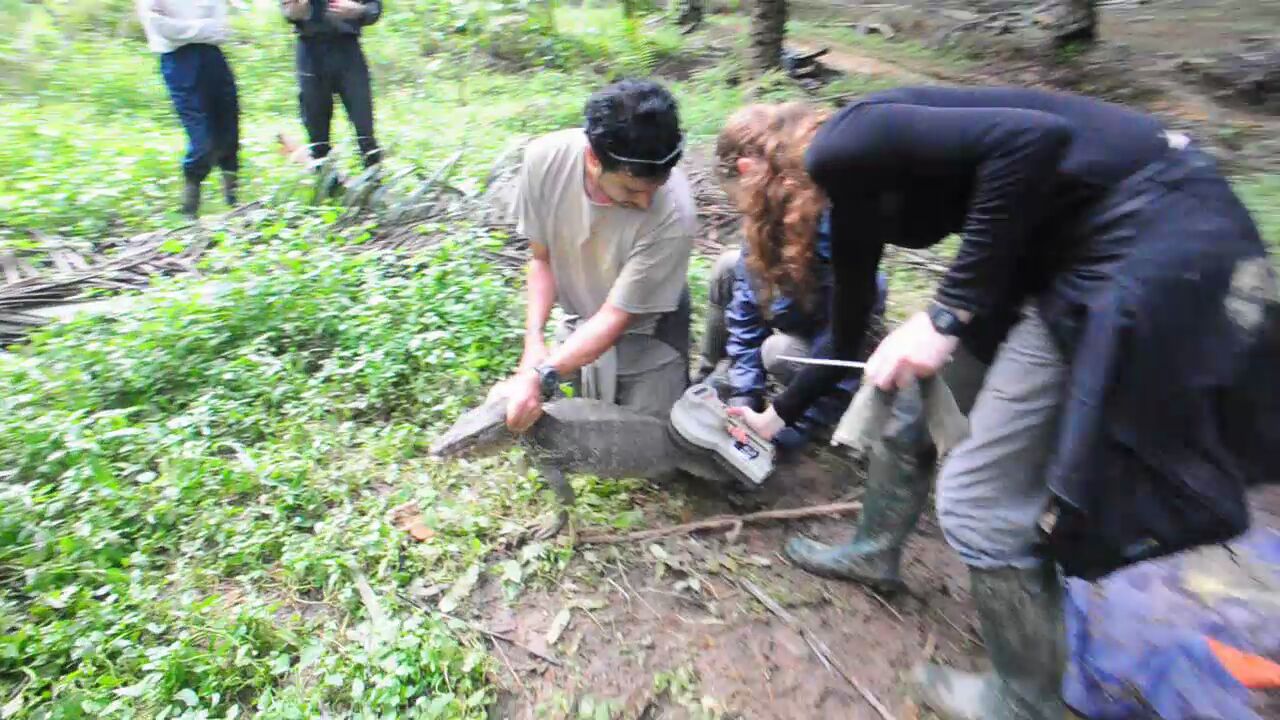 ABOVE: Each monitor lizard captured is implanted with a TROVAN microchip. 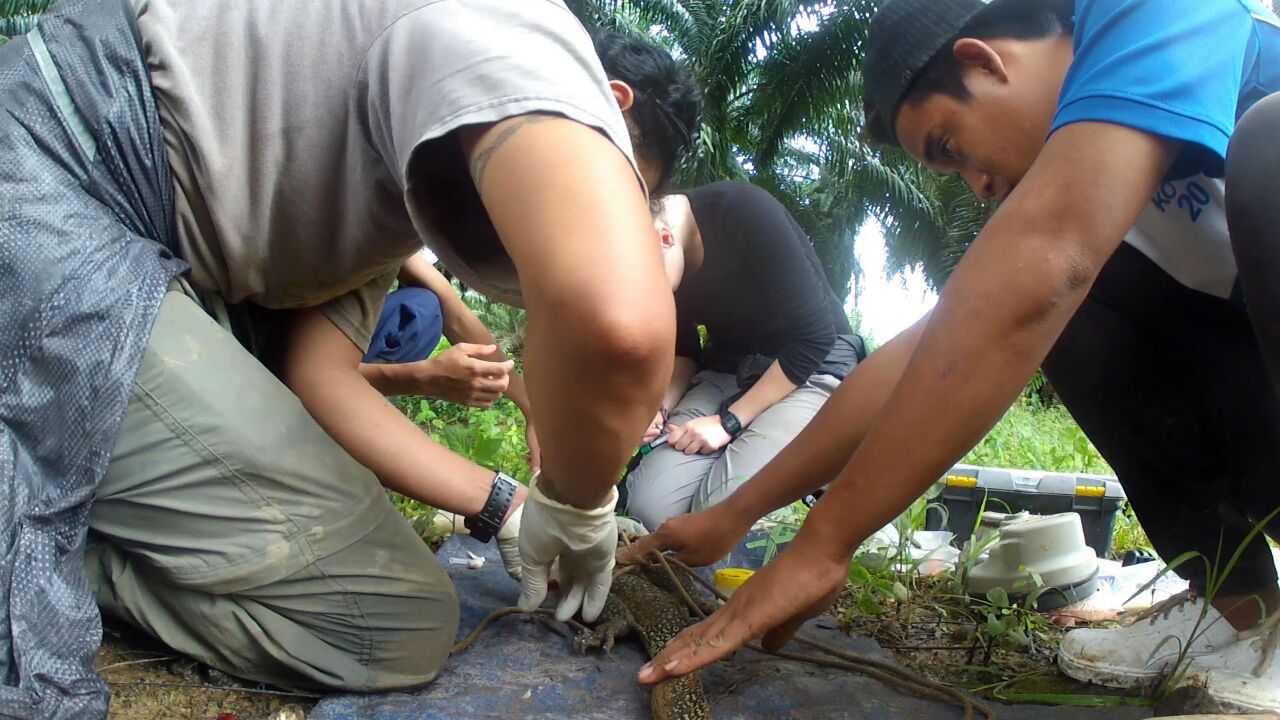