The Helgoland Ornithological Station has been maintaining a breeding colony of common terns since 1984, when ringing of chicks began. In 1992, 101 adult birds were caught and tagged with TROVAN ID-100 transponders, and since 1992 all locally hatched birds have been similar tagged with a transponder shortly before fledging. The colony site consiste of 6 concrete islands, measuring 5x10 meters, and surrounded by a 60 cm high wall. The walls support 44 landing platforms, and each is equipped with an antenna that reads transponder codes to record the presence of individuals tagged with transponders. Half of the platforms are equipped with a scale so that the research team can obtain annual weight data for most individuals.

With this set-up, microchipped birds can be monitored non-invasively. During incubation, which task is shared between partners, additional antennae are placed at each nest for 1-2 days to identify the breeding individuals. Combined with 3-times-weekly checks of nests to record reproductive parameters and mark offspring, this methodology enables the systematic documentation of individuals’ presence and their reproductive performance at the colony.

Once individual birds are established as breeders at the Banter See colony, the probability of repeated sightings is almost 100 percent, and their return rate, irrespective of survival, is 90 percent, so that the researchers can collect data over long individual life cycles. Since 1992, the number of breeding pairs has ranged between 90 and 580.

In addition to the general life history data, researchers at the IAR collect physiological data, mostly using blood samples. While chicks are sampled the traditional way, using small needles and capillaries, adults are bled using Mexican kissing bugs. To obtain a blood sample, a hungry laboratory-bred bug is placed in a hollow egg with some small holes, such that it is able to stick out its mouth piece, but not escape. The egg is then placed underneath an incubating bird. The bug sucks blood from the bird, after which the researchers suck blood from the bug.

Each bug is used only once and validation experiments have shown that bug use does not affect any of the physiological variables being studied. Using bugs has the advantage that birds do not need to be handled and are minimally stressed during measurement of physiological parameters, which is especially important for assessing parameters related to stress (e.g. corticosterone levels).

BELOW: Nesting tern at a numbered nesting site. Note reader antenna around the nest 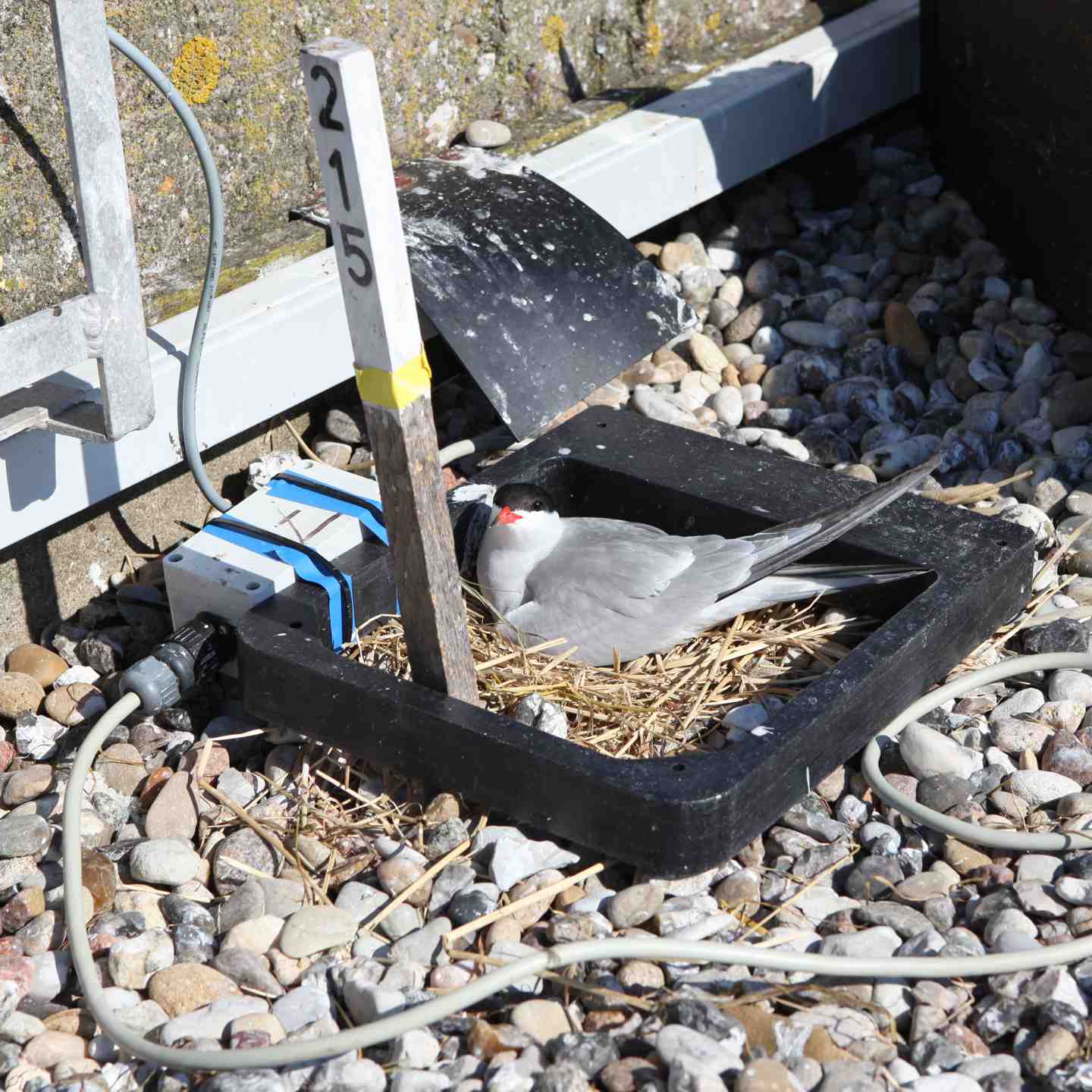 BELOW: Landing platform with antenna 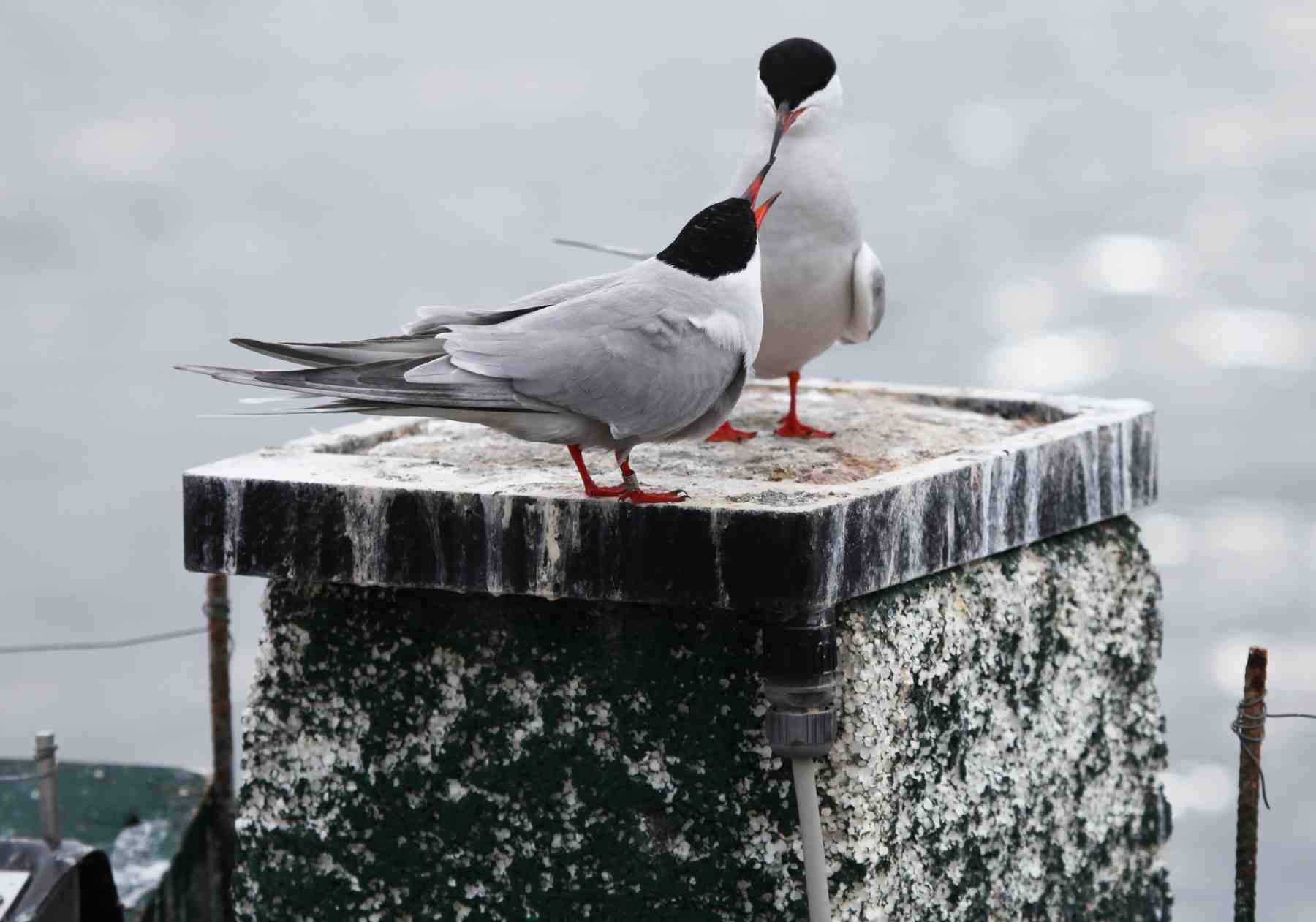 BELOW: The six concrete platforms comprising the tern colony prior to arrival of the birds. 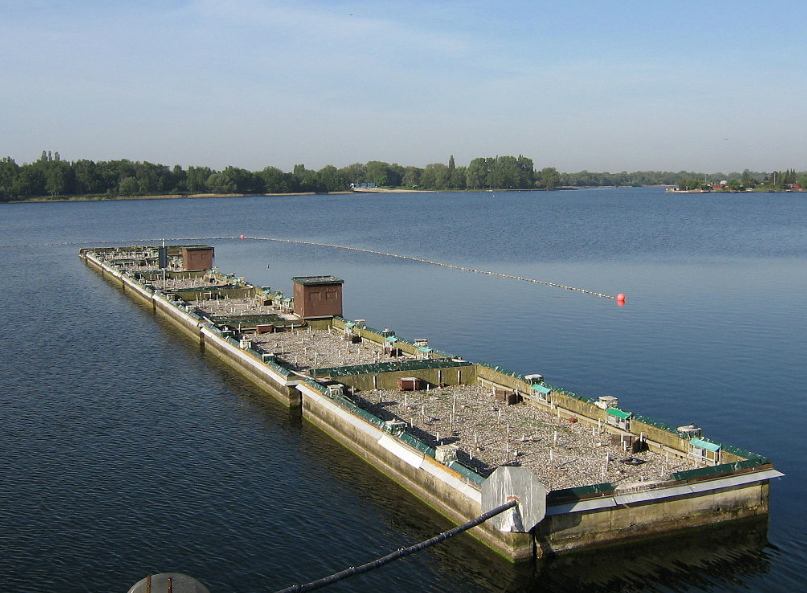 BELOW: Mexican kissing bug in its sham egg. 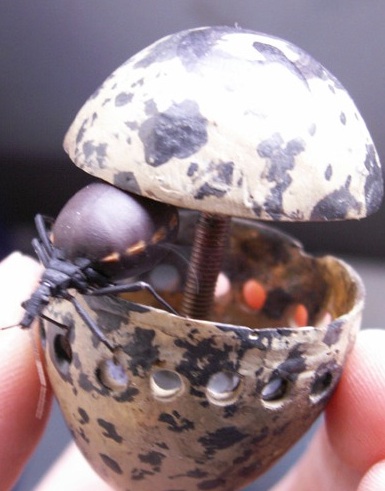